Vitamin C, also known as Ascorbic Acid(AA) or Ascorbate is an organic molecule that is essential for the normal metabolic processes in an organism. It is a water-soluble vitamin that is involved in antioxidant activities and also works as a cofactor for several enzymatic reactions.  Its structure is similar to that of glucose, is a multi-hydroxyl compound that can be synthesized by many plants and animals. It is a nutrient that is essential to the human body because of a mutation in the GULO gene for the gulonolactone oxidase (an enzyme necessary for vitamin C synthesis) in humans [1]. 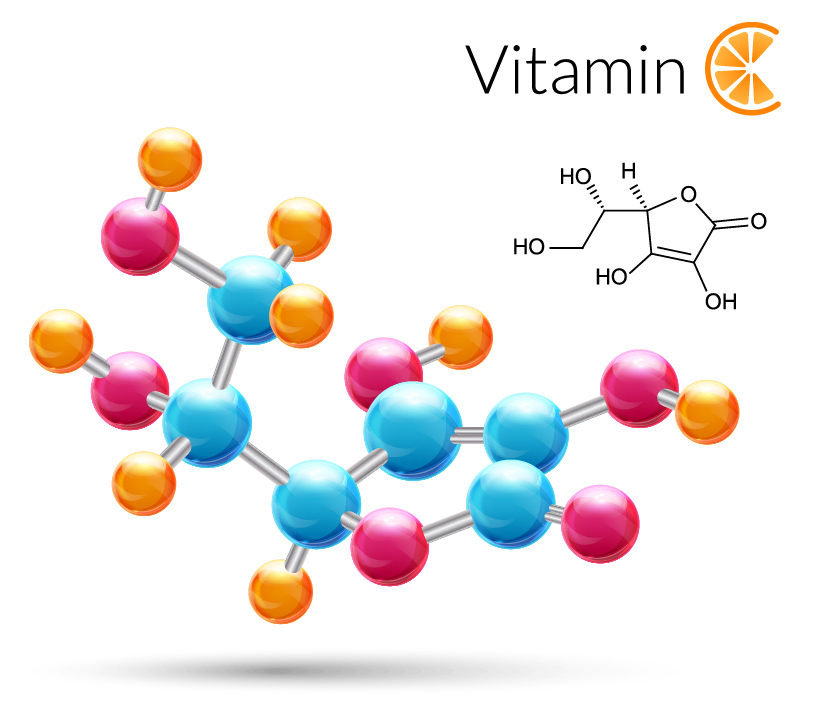 How does it get metabolized?

Ascorbic Acid is the reduced form of vitamin C, while dehydroascorbic acid (DHA) is the oxidized form. When vitamin C enters our body, it is transported to the cell through sodium-dependent vitamin C transporters or via GLUT to transport its oxidative product, known as dehydroascorbic acid (DHA). It is reduced to ascorbic acid after transportation into cells. Vitamin C degradation is completed by the hydrolysis of deoxy ascorbic acid to 2,3-diketone-L-gulonate. 2,3-Dione-L-gulonate is further degraded naturally into carbon dioxide, oxalic acid and L-erythrose in vivo. Most of these end products are eventually excreted through the kidneys.

How does it affect cancer cells?

Many studies have confirmed the safety and indicated the efficacy of High-dose IV Vitamin C in eradicating tumor cells in many different cancers.

The internal region of the tumor does not get enough oxygen and adapts to hypoxic conditions. The tumor cells then start growing independent of oxygen availability. To achieve this they activate a transcription factor HIF-1. Vitamin C regulates HIF hydroxylases that are involved in the deactivation of the transcription Factor HIF-1. Many studies have shown a negative correlation between HIF-1 and Vitamin C levels from tumor samples.

Vitamin C is a chain-breaking antioxidant that halts the propagation of peroxidative processes and reacts with membrane-bound oxidized vitamin E, thus reducing it back to its native form.9,10 Vitamin C also plays a role in many enzyme reactions, including those leading to the synthesis of amino acids and peptide hormones. These findings suggest that vitamin C behaves as an ROS scavenger and may be effective in combating oxidative damage under conditions of increasing oxygen concentrations and apoptosis. Several randomized studies of the efficacy of antioxidant vitamins in preventing preeclampsia have shown no beneficial effects of vitamin C and E supplementation during pregnancy with respect to reducing the risk of preeclampsia.11–15 Intriguingly, epidemiological studies have reported a decreasing trend in the incidence of severe preeclampsia among patients with a high dietary intake of vitamin C and increased plasma vitamin C levels.16,17

Vitamin C in high concentrations (Intravenously) can act as a Pro-oxidant. This will activate the hydrogen peroxide dependent Cytotoxicity in cancer cells but not in normal cells. This is done so by the redox capability of vitamin C on metals such as iron and copper, which are generally abundant in cancer cells.  Hydrogen peroxide reacts with these metal ions to form hydroxyl radicals, which are highly reactive chemical species and can easily damage cellular material Thus killing the cancer cells. Moreover, cancer cells also lack catalase activity which makes them extremely vulnerable to oxidative stress. Increasing oxidative stress in cancer cells can be an important anticancer strategy that works on the same underlying principles such as chemo and radiation therapy.

As mentioned earlier vitamin c acts as a reducing agent of iron which makes it crucial for Fe containing protein functions such as mitochondrial respiratory chains, collagen synthesis, and oxidative stress regulation.

ECM (extracellular matrix) provides biomechanical and biochemical signals to modulate the behavior of cancer cells whilst maintaining tissue morphology and integrity. The ECM is a dynamic structure that is continually reshaped by a variety of enzymes and signaling molecules. Under pathological conditions, ECM remodeling is often accompanied by cancer growth and cancer metastasis.

Collagen is one of the most important structural proteins which is involved in the adhesion of cells to ECM. regulation of collagen synthesis is a key factor affecting cancer progression.

Collagen forms a tertiary structure called collagen fibrils, these fibrils are responsible to hold a cell and adhere it to ECM. vitamin c is known to stabilize these strong crosslinks and prevent neoplastic invasions. Vitamin C is also shown to target cancer invasion by reversing the process of EMT (epithelial to mesenchymal transition) by deactivating HIF (hypoxia-inducible factor). Later it was also shown that vitamin c also works by increasing the E- cadherin levels and reducing vimentin thus suppressing the EMT and inhibiting cell migration.

Most immune cells maintain high levels of vitamin c which can affect many processes involved in the immune response. For example, ascorbate is a well-known antioxidant maintained at a high level in immune cells also its cofactor activity for oxygenases has a detrimental role in the innate and adaptive immune response. Vitamin C is also involved in the differentiation and polarization of myeloid and T-cells, development of B-cells, maturation and activation of T-cells, Cytokine production, Chemotaxis, and enhancing NK cell activity to kill cancer cells. Recent studies have also shown that Vitamin C is also involved in regulating the epigenetic profile of immune cells by TET activity restoration in Treg cells which results in Foxp3 re-expression, driving proper immune cell functions.

To conclude there is a large amount of clinical research which suggests that high dose Vitamin C has the potential to be a great therapeutic agent for cancer treatment strategy. Its participation in increasing the efficacy of chemo, radio, and targeted therapies, with almost no side effects related to higher concentrations and cancer-specific cytotoxicity makes it a preferable and non-toxic treatment option for patients. 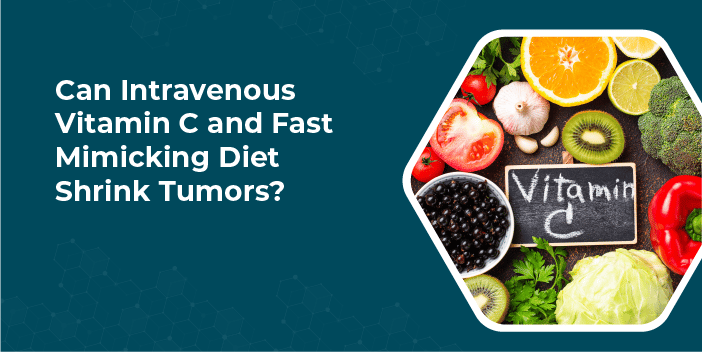 Can Intravenous Vitamin C and Fast Mimicking Diet Shrink Tumors? Ascorbic acid, or ascorbate, is a soluble in water that is necessary for human physiology. 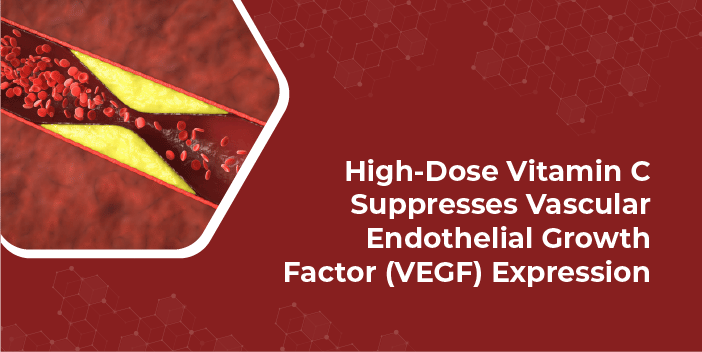 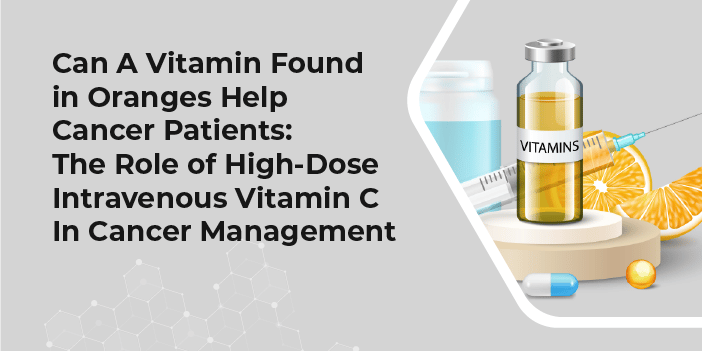 CAN A VITAMIN FOUND IN ORANGES HELP CANCER PATIENTS: THE ROLE OF HIGH-DOSE INTRAVENOUS VITAMIN C IN CANCER MANAGEMENT

CAN A VITAMIN FOUND IN ORANGES HELP CANCER PATIENTS: THE ROLE OF HIGH-DOSE INTRAVENOUS VITAMIN C IN CANCER MANAGEMENT Oranges are everyone’s favorite fruit, and 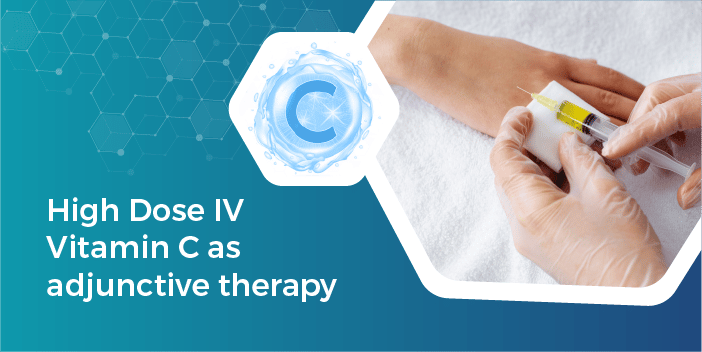 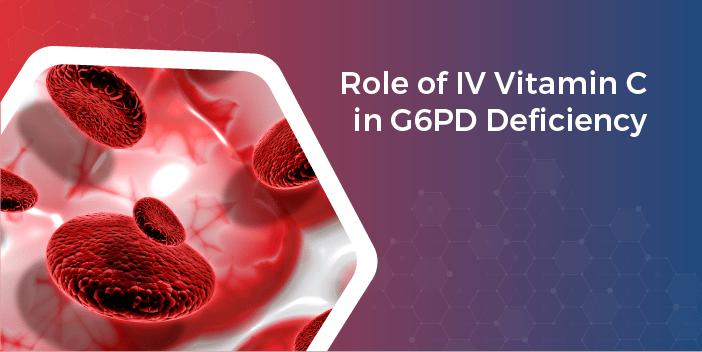 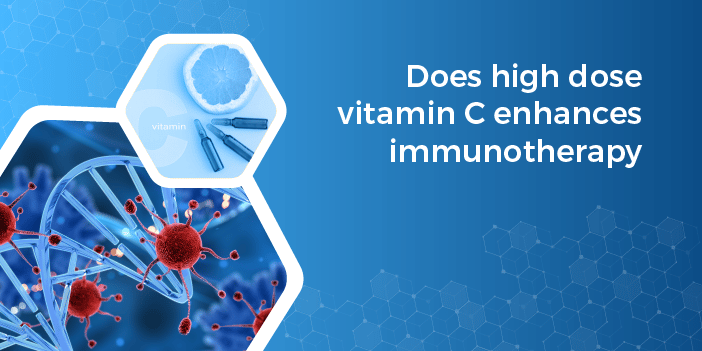 DOES HIGH-DOSE VITAMIN C ENHANCE IMMUNOTHERAPY? Cancer is a multifaceted disease that involves several systems. Cancer makes its own ecosystem known as a tumor microenvironment 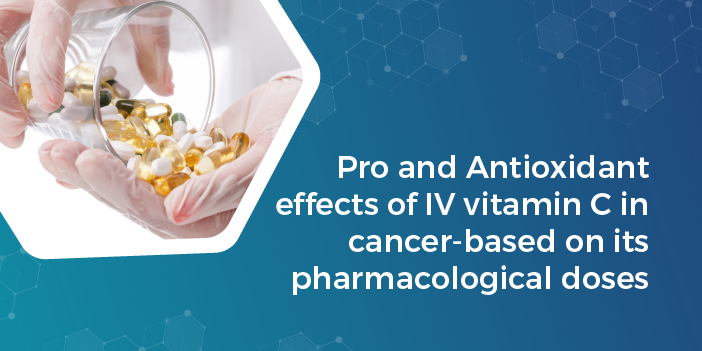 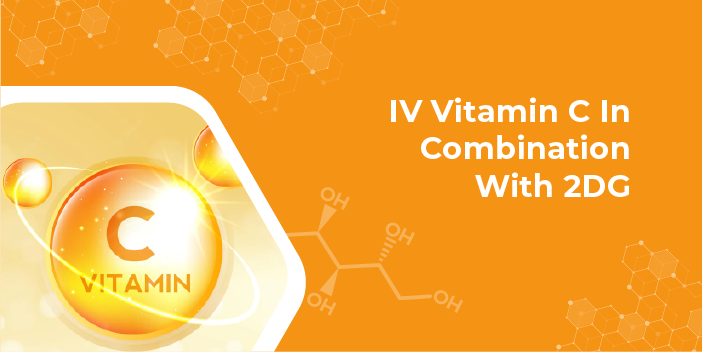 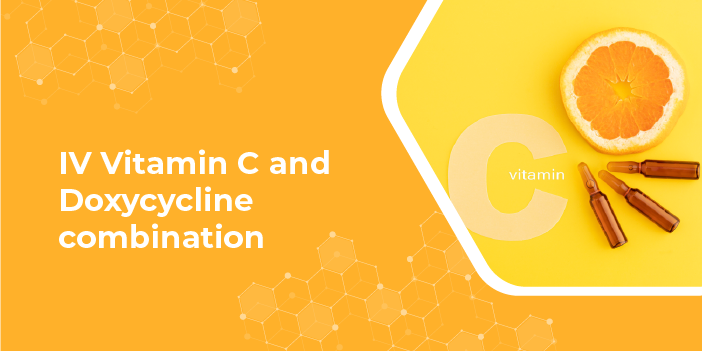 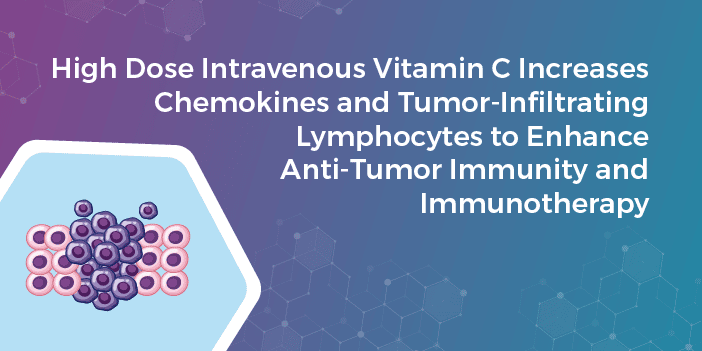 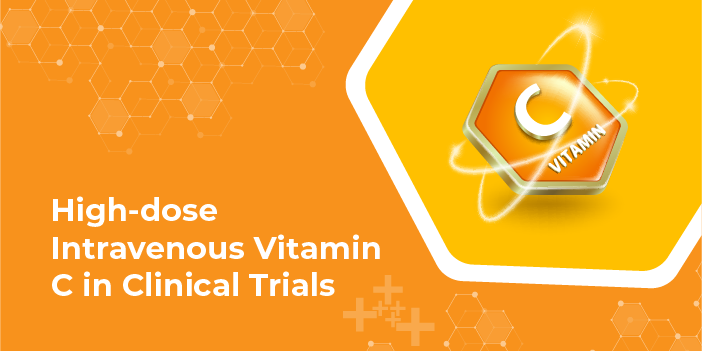 High-dose Intravenous Vitamin C in Clinical Trials   Cancer and Ascorbic Acid Millions of individuals are affected by cancer, one of the major causes of

Read More »
November 21, 2022 No Comments
We use cookies on our website to give you the most relevant experience by remembering your preferences and repeat visits. By clicking “Accept All”, you consent to the use of ALL the cookies. However, you may visit "Cookie Settings" to provide a controlled consent.
Cookie SettingsAccept All
Manage consent