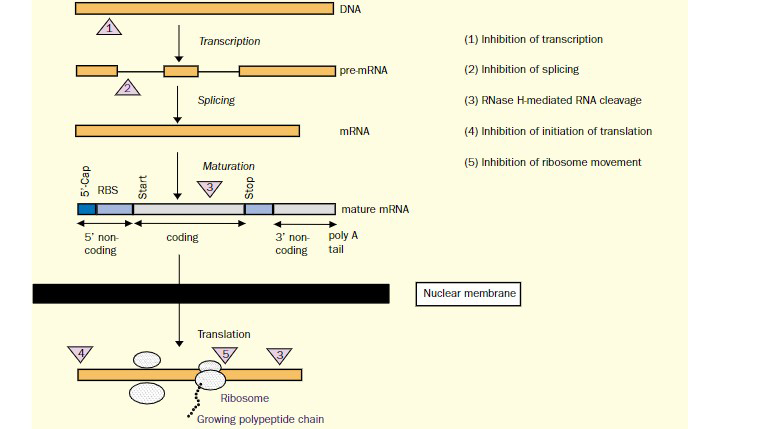 What are Oligonucleotides used for?

These are Oligonucleotides which cuts the expression of proteins with in a cell.

The use of oligonucleotides that are complementary to our target mRNA in order to reduce the expression of some specific gene in a cell is called antisense therapy. These oligonucleotides bind in the 5 to 3 directions with mRNA and do not allow it to translate into proteins. So, a low quantity of protein is formed, and loss of function occurs in the cell.

Many antisense therapeutic drugs are available in the market and are being used for the treatment of multiple disorders like cancer, Alzheimer’s disease, Parkinson’s disease, and arthritis. All these drugs are approved by FDA.

The chemical modifications allow the oligonucleotides to enter the nucleus and bind their complementary RNA which is also an RNA of interest. They will not allow RNA to form proteins, or they may destroy the RNA molecule thus downregulating the target gene.

Antisense therapy is more effective than other available therapeutic 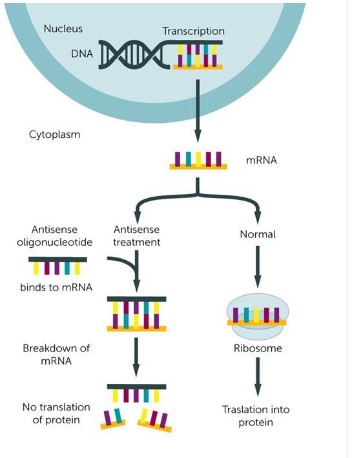 modalities because oligonucleotides can easily be modified, they have a high affinity to bind targeted mRNA, they are highly specific, and have no side effects.

Gendicine was the first antisense therapeutic drug that was approved for head and neck cancer in China. This and other drugs available for the treatment of different cancer types usually target the cancer-promoting genes in the cell (Sharad, 2019).

The use of oligonucleotides for the treatment of cancer patients is found to be a very effective therapy. many drugs approved by Food and Drug Regulatory Authority are available in the market and are being used commonly.

Antisense therapy is effective in the sense that it can distinguish between the normal and mutated oncogenes in cells and targets only mutated oncogenes without downregulating the expression of normal genes. It can also recognize a single mRNA class in the cell and the specific location of targeted DNA as well.

When oligonucleotide-based drugs are given to the cancer patient, the drugs target the specific mutated genes in cancerous cells. They bind the complementary RNA that will be either degraded in the cell or will not be able to translate into proteins thus affecting the expression of oncogenes in the cell. When these tumor-promoting genes are downregulated in the cell, they will not be able to promote cancer in that cell. Thus, oligonucleotides stop the metastasis and invasion of tumors (Jansen & Zangemeister-Wittke, 2002).
Process of Antisense Therapy
Method of Administration
Mechanism of Action of the AOT
Process of Antisense Therapy

The oligonucleotide sequence binds the mRNA in the cell and prevents the synthesis of specific proteins from it. This prevention may result when oligonucleotides cause inhibition of the translation process, they may prevent the spicing of exons, or they inhibit the transport of mRNA from the nucleus into the cytoplasm which is important for translation to occur.

The oligonucleotides are of specific sequences complementary to the target RNA or DNA sequence. The process is based on finding that a DNA sequence of 17 or more than 17 base pairs is found once in the genome. Similarly, an RNA sequence of 13 base pairs or more is also found only once in the whole genome. So, there is no chance of multiple complementary sites for oligonucleotides in the genome and hence no harm to normal cells. These oligonucleotides must be delivered into the nucleus to the target nucleic acid either DNA or RNA. For this, they have to enter the cell, cross the cytoplasm and move into the nucleus.

In tissue culture techniques, lipophilic molecules are used called liposomes for the effective delivery of drugs into the cell. As most of the drugs are anionic in nature and they cannot cross the plasma membrane.

First we instruct a person from local labs that will draw the blood as well as instructions for how to pack and ship the sample.

We then take the sample of Circulating Tumor Cells (CTCs) from patients blood and categorize the various proteins that are produced by these micro RNAs and classify them to grade the targets as less aggressive to very highly aggressive. Then they will make the treatment to silence the Micro RNA of the given target.

SOT is administered intravenously and takes approximately 90 minutes for the full appointment.

Time frame, the whole process takes 4-5 weeks to be completed.

Mechanism of Action of the AOT

When an antisense therapeutic drug has entered the cell or nucleus, it causes inhibition of gene expression in the nucleus. This inhibition is usually done at the ribosomal entry site by sterically hindering the RNA molecules in the nucleus. It also brings RNase H into the nucleus. RNase H is found both in the nucleus and the cytoplasm. It cuts the RNA strand in the RNA-DNA hybrid during transcription. And it does not allow the translation of RNA into proteins.

Oligonucleotides only activate the Endo nucleolytic process in the specific RNA molecules by activating RNase H. it will cleave the target RNA molecule, thus decreasing the expression of a specific gene in the cell. As this cleaved RNA will not be translated into the proteins that will affect many activities in the cell.

In cancer cells, many tumor-promoting genes are activated, which will simulate the processes like cell proliferation, division, growth, and metastasis of cancer to other neighboring cells and tissues. The antisense drugs or oligonucleotides are usually given to the patients in naked form, and they target the RNA of these oncogenes or proteins in the nucleus. This will downregulate the expression of these genes. As a result, a very low quantity of proteins is formed or sometimes no proteins are formed in the cell. This loss of function of these proteins will result in the inhibition of all activities like cell proliferation and metastasis. Thus, cancer cells cannot survive anymore.

Many new therapeutic modalities are being introduced to target cancer in the patient’s body. One of the most effective therapies whose use is growing exponentially day by day is the use of antisense oligonucleotides against cancer. It is a promising therapy against cancer and genetic disorders that specifically targets RNA. It inhibits the RNA and thus prevents the synthesis of many important proteins in the cell.

Currently, a drug named AZD8701 is in clinical trials that acts as an antisense inhibitor against the FOXP3 gene, preventing the synthesis of protein and thus activating the immune system against cancer cells (Shang et al., 2022).

The use of oligonucleotides for downregulating the expression of specific genes is an important therapeutic modality against cancer. Many inhibitory drugs are approved by the FDA and have multiple types of cancer. They inhibit protein synthesis by various mechanisms. Some drugs are in clinical trials against many cancers. The use of ASOs can be a promising therapy against cancer. 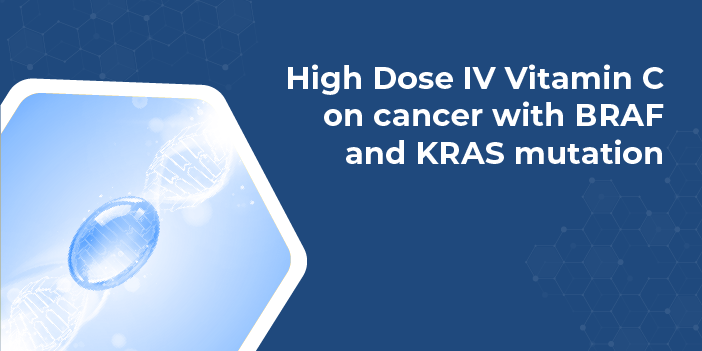 IMPACT OF HIGH-DOSE INTRAVENOUS VITAMIN C ON CANCERS WITH BRAF & KRAS MUTATIONS   As soon as someone talks about winter, oranges are the first 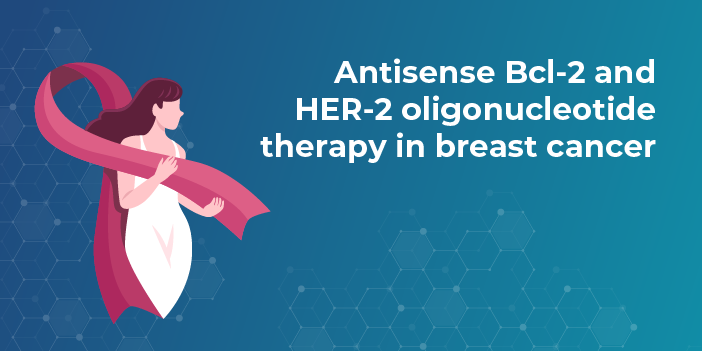 Antisense BCL-2 and HER-2 Oligonucleotide Therapy in Breast Cancer 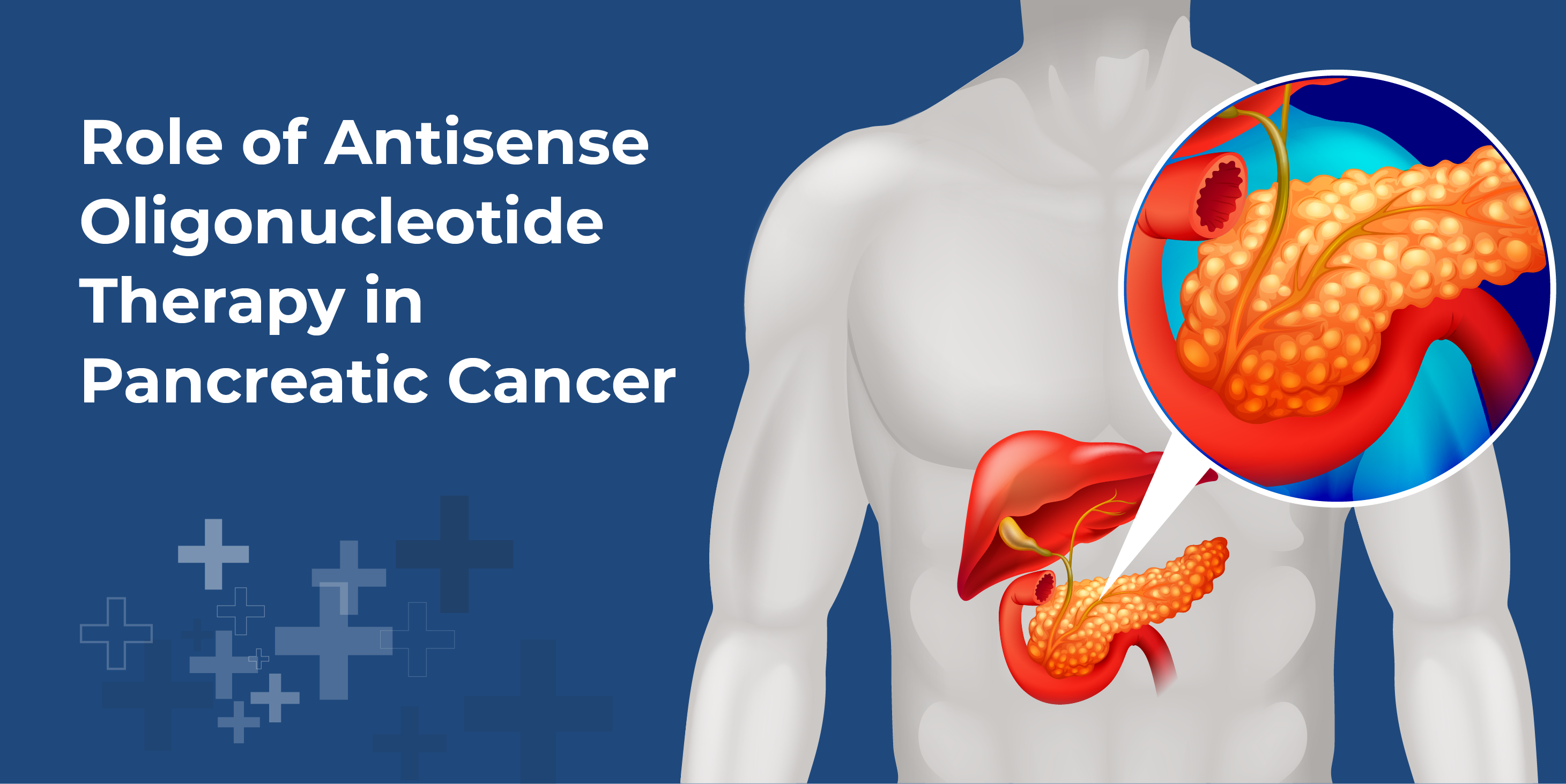 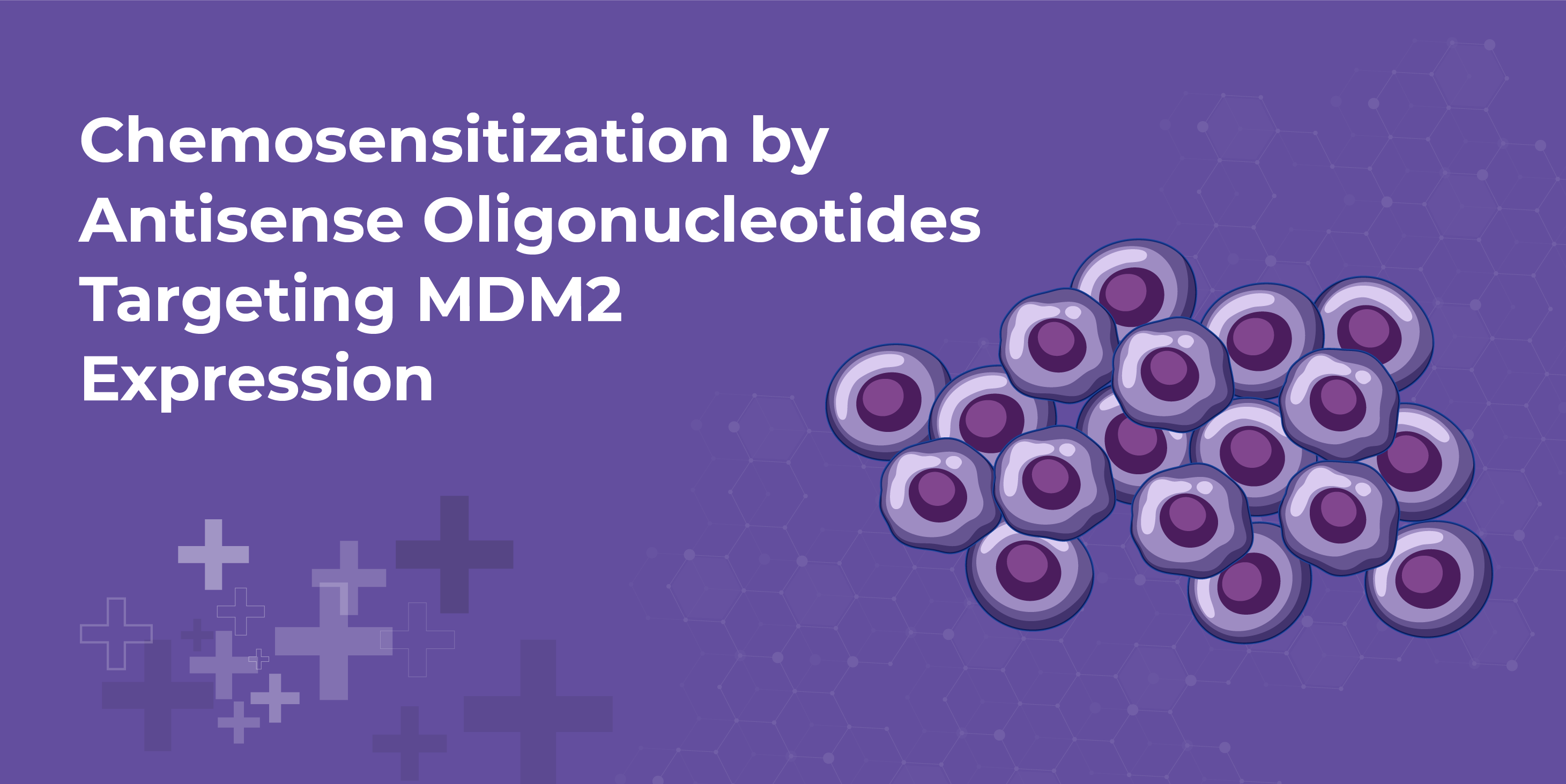 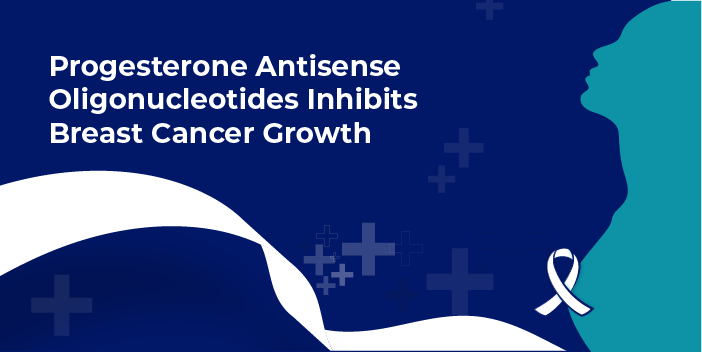 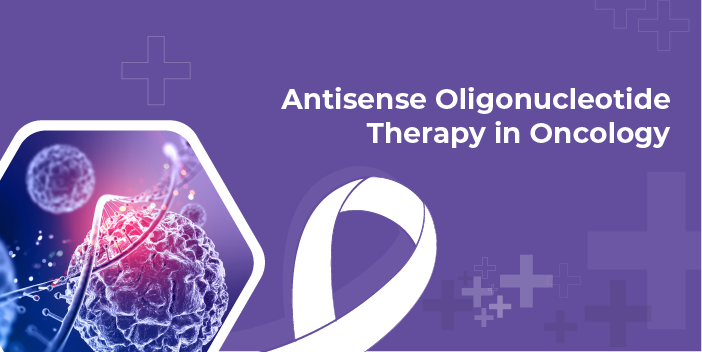 Antisense Oligonucleotide Therapy in Oncology   Summary Antisense oligonucleotide therapy plays a vital role in cancer and genetic disorders. This therapy involves the use of 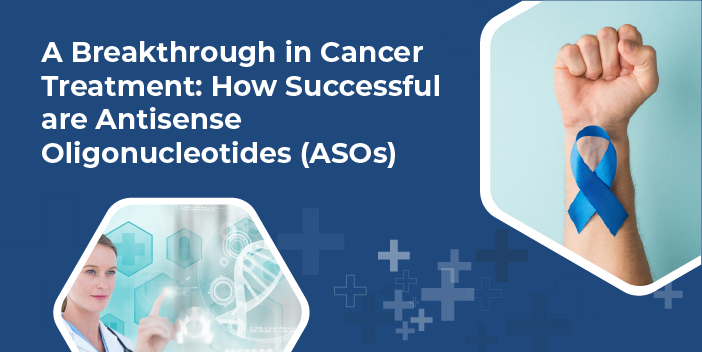 A Breakthrough in Cancer Treatment: How Successful is Antisense Oligonucleotides (ASOs) 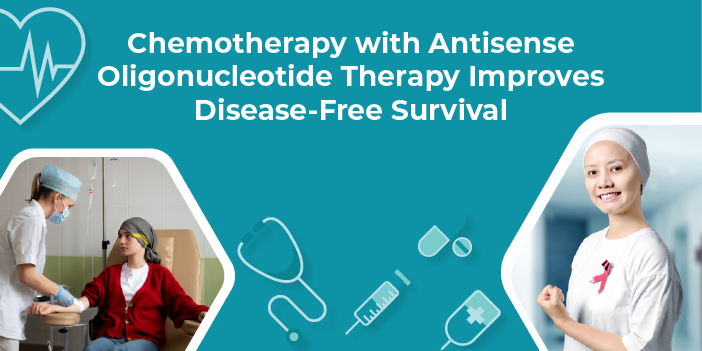 Chemotherapy With Antisense Oligonucleotide Therapy Improves Disease-Free Survival   Chemotherapy Chemotherapy is a cancer treatment that involves the use of medication to eradicate cancer cells.

Read More »
November 4, 2022 No Comments
We use cookies on our website to give you the most relevant experience by remembering your preferences and repeat visits. By clicking “Accept All”, you consent to the use of ALL the cookies. However, you may visit "Cookie Settings" to provide a controlled consent.
Cookie SettingsAccept All
Manage consent