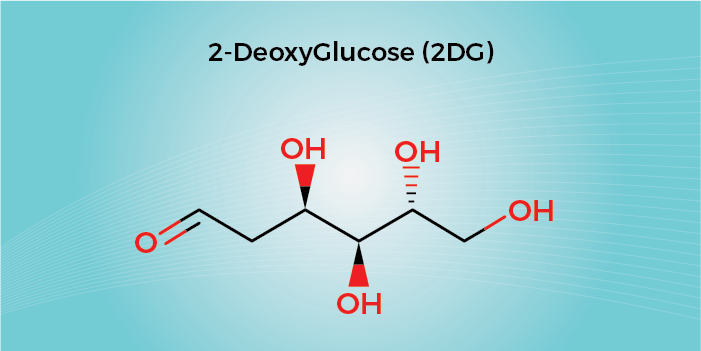 Like every living being, cells require energy to survive. For this purpose, cells break down complex molecules into simpler ones and synthesize important biomolecules from these substrates. Together, all of these reactions are termed as metabolism.

The result of metabolism is the production of ATP molecules which are also considered the Energy Currency of a cell. ATP molecules are required further by many biochemical processes in our body to carry out essential functions.

As Cancer cells rapidly grow, they have higher demand for energy as compared to normal cells. ATP is the energy currency of cell. It starts with a multi-step process known as glycolysis. Glycolysis uses 1 molecule of glucose to produce 2 molecules of ATP. The products of glycolysis are then subjected to oxidative decarboxylation which requires oxygen to generate further ATP. A total of 36 ATPs are generated from one glucose molecule

Since, only using Glycolysis is much simpler and rapid process to get ATP molecules without the need for oxygen, a lot of cancer cells who live in Hypoxic environment shift to it and grows.

Also, glycolysis generates substrates for protein and nucleotide formation which are used to make more cells. Glucose is an important substrate to produce ATP molecules, therefore with increase in ATP demand, glucose consumption rate also increases to meet energy needs of tumour. This phenomenon is known as the Warburg effect.

What is 2DG? How does it work? Basic mechanism?

2DG or 2-deoxy-glucose is a glucose analogue, having an almost similar structure to glucose. It can mimic glucose in cancer microenvironment.

Inside tumor cells, these 2DG molecules inhibit glycolysis and thereby production of ATP.

This causes death of these cancerous cells through induction of apoptosis, or self-destruction.

In addition to this, 2DG can also cause death through obstruction of multiple survival pathways.

(General idea of ER stress, autophagy, glycosylation and their importance!!)

Proteins are important components of cellular machinery, structure etc. 2DG interferes with their proper folding, rendering them non-functional. These unfolded, non-functional proteins pile up inside the endoplasmic reticulum (a cell organelle used for packaging and transportation of proteins). This leads to ER stress which can ultimately result in cell death.

2DG has been shown to be very effective in certain kinds of cancers, especially when administered along with chemotherapy drugs as it enhances effectiveness (i.e. killing potential) of chemotherapy.

Along with the above-mentioned mechanisms, 2DG is under investigation for other novel mechanisms to treat cancer. This drug can act as a hope in very crucial cases. 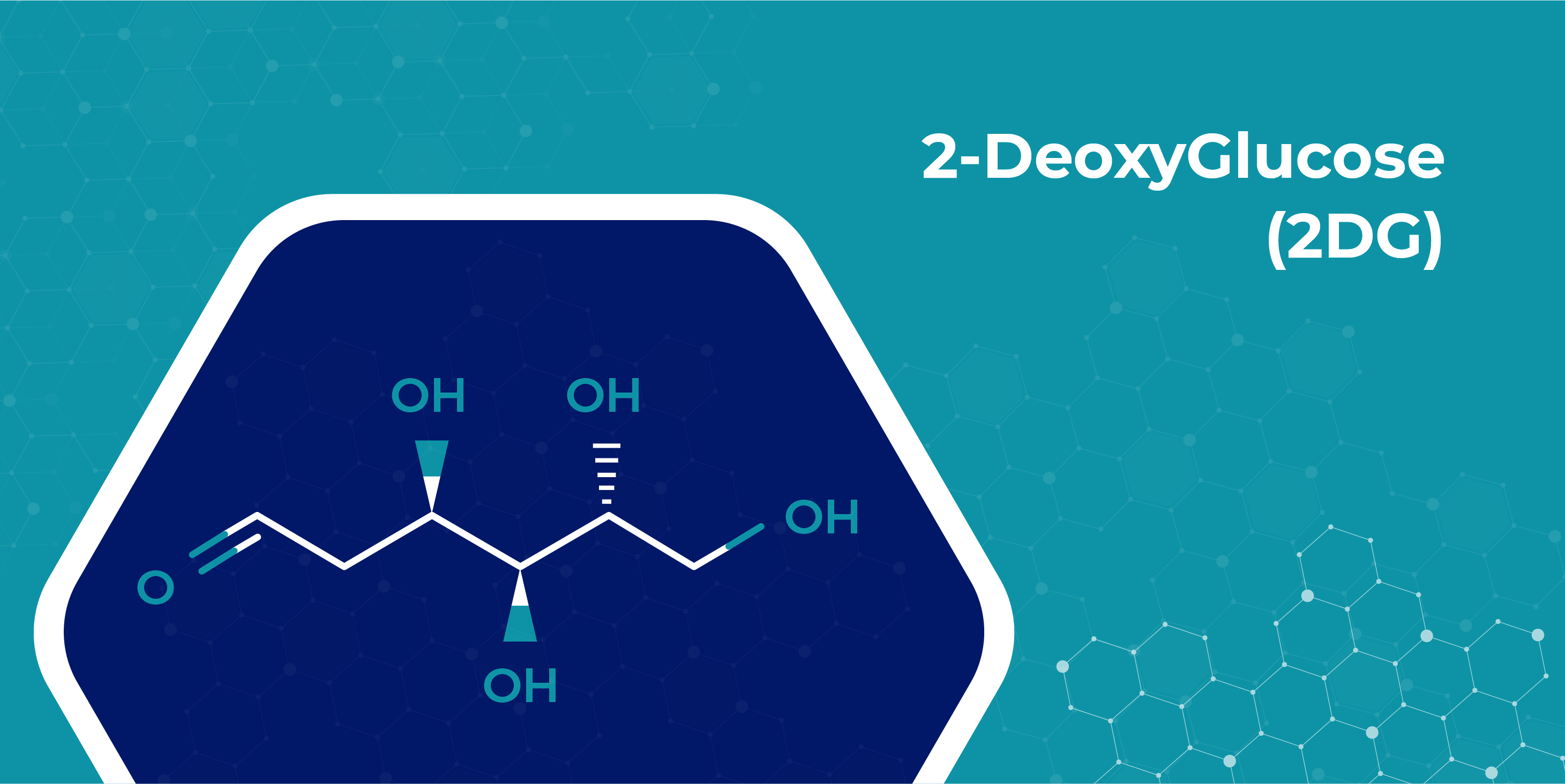 2-DeoxyGlucose (2DG) Concept of metabolism? Like every living being, cells require energy to survive. For this purpose, cells break down complex molecules into simpler ones 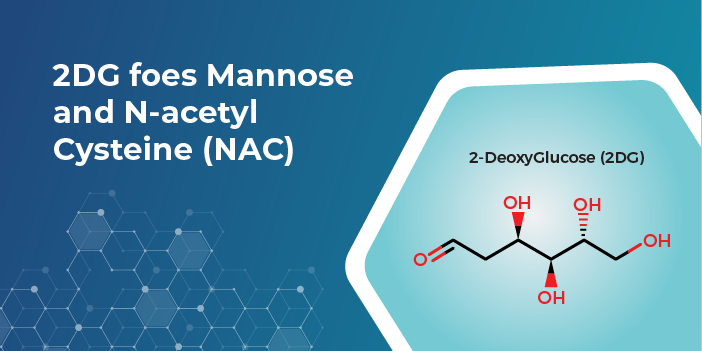 2-deoxy-D-glucose  A glucose molecule in which a hydrogen atom replaces the 2-OH group is termed 2DG. It is a glucose analog but an inhibitor of 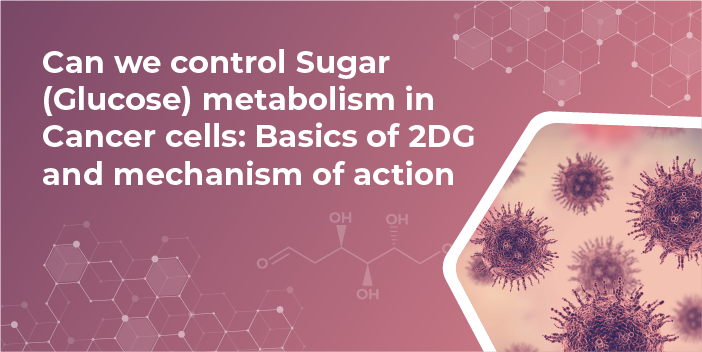 Can we control Sugar (Glucose) metabolism in Cancer cells: Basics of 2DG and mechanism of action

Cancer cells have some important hallmarks, one being aerobic glycolysis or increased glucose metabolism compared to normal cells. It is essential to control the glucose 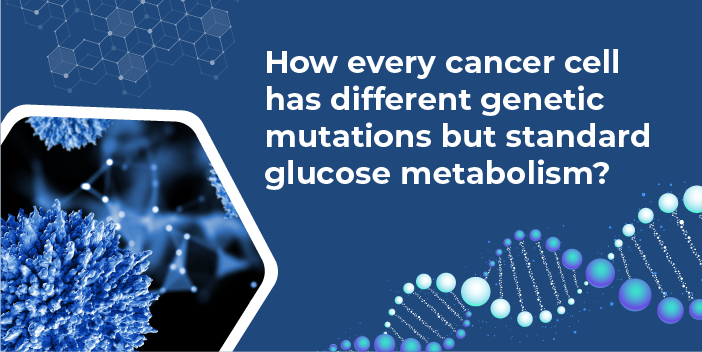 Summary Cancer is not a result of a single genetic alteration, but it occurs when there are many mutations in a genome. It does not 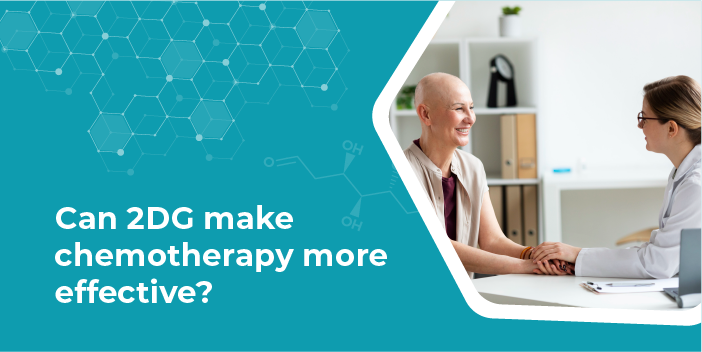 Summary  Chemotherapy is an essential therapeutic strategy used for many years to treat cancer patients. But the chemotherapeutic drugs used have many side effects on the patient body. 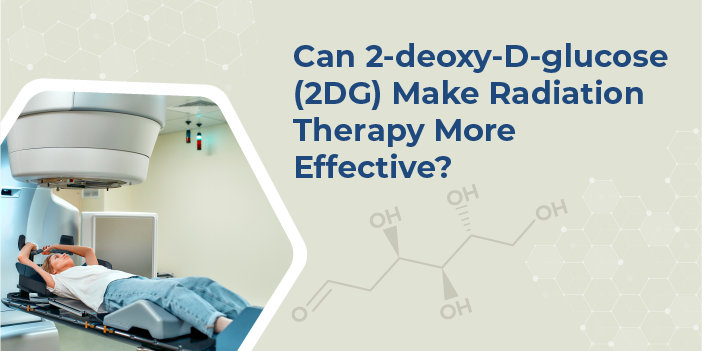 Introduction  Cancer cells have many hallmarks that differentiate them from normal cells. One of them is that the malignant cells have a high glucose metabolism rate as compared to 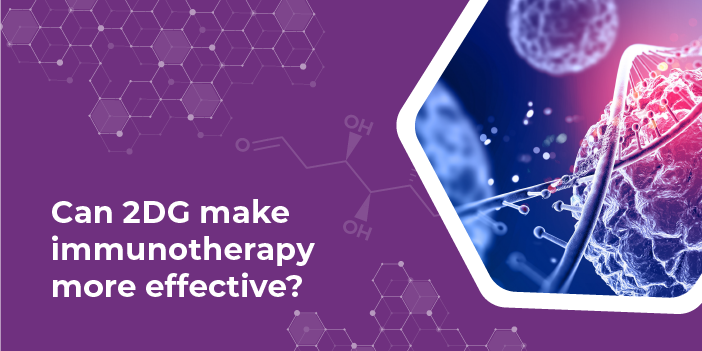 Summary  Different therapeutic modalities are used for the treatment of cancer patients. One of the important cures is the use of immunotherapy. In this therapy, 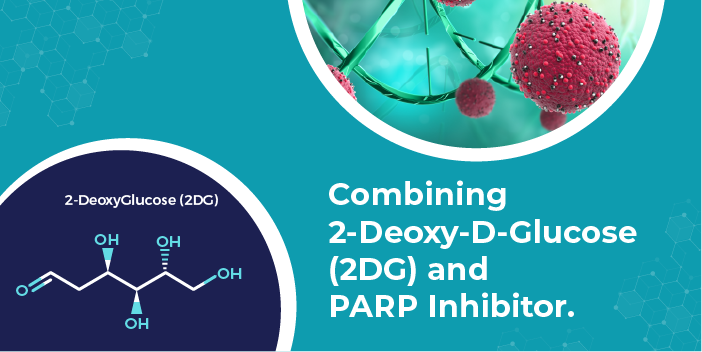 PARP is a family containing many proteins that have important functions in the cell like the stability of the genome, repair of damaged DNA, and 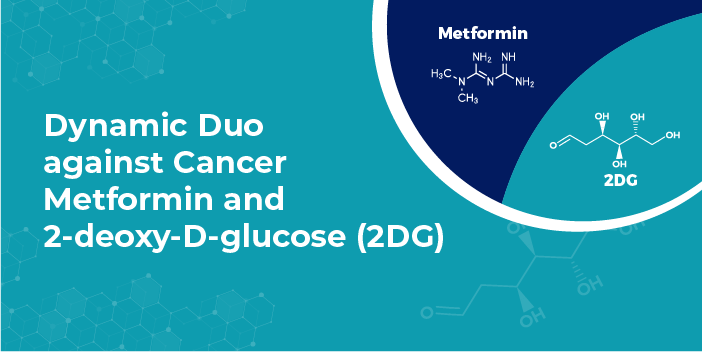 Metformin: A drug for Diabetes and friends with 2DG

Metformin: A drug for Diabetes and friends with 2DG   Summary Metformin is an antihyperglycemic drug, also used in the treatment of cancer nowadays. It

Read More »
November 2, 2022 No Comments
We use cookies on our website to give you the most relevant experience by remembering your preferences and repeat visits. By clicking “Accept All”, you consent to the use of ALL the cookies. However, you may visit "Cookie Settings" to provide a controlled consent.
Cookie SettingsAccept All
Manage consent